Extraction of cannabis is a simple process, which people have used for centuries. There are many records of people using cannabis tea, hash or tinctures in ancient times. The first mention of hash dates back to the year 900 in Arabia, where people used to eat it rather than smoke it.

At the beginning of the second millennium, hash was spread all over the Middle East. It is likely that Napoleon and his troops brought hash to Europe from Egypt around the 1800s. A French doctor, Louis Albert-Roche, recommended the use of hashish in the 1840s. Later in Paris, there was a Club des Hashischins established, where famous writers like Balzac, Baudelaire and Hugo enjoyed the exotic hashish which may have inspired some of their great masterpieces. People used cannabis tinctures up until 1942 in the USA and up until 1970 in the UK. 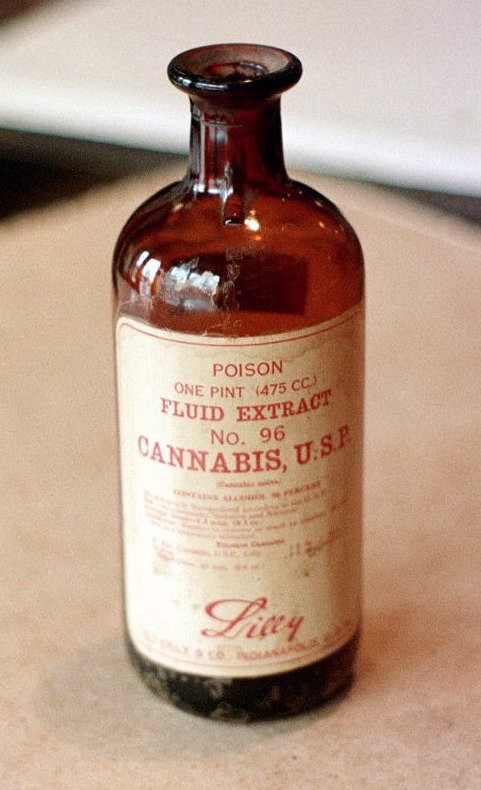 Nowadays, the science behind cannabis extraction has matured significantly, with more technologically demanding methods being used. The reason people carry out extractions is simple, and remains the same after centuries of practice — the final product is much more potent than the fresh herb, and there are more of the desired compounds present. Therefore it is easier to know the dosage. For example, fresh herb usually contains up to 30 % of THC and 24 % CBD, compared to concentrates which can be up to 99 % pure.

According to the method of extraction, you have to select the appropriate parts of the cannabis plant to use. You can make an extract from all parts of the plant using solvents except for live resin extract which will be discussed later. Ultimately, to make high-quality concentrates you should always use dried and properly cured cannabis. 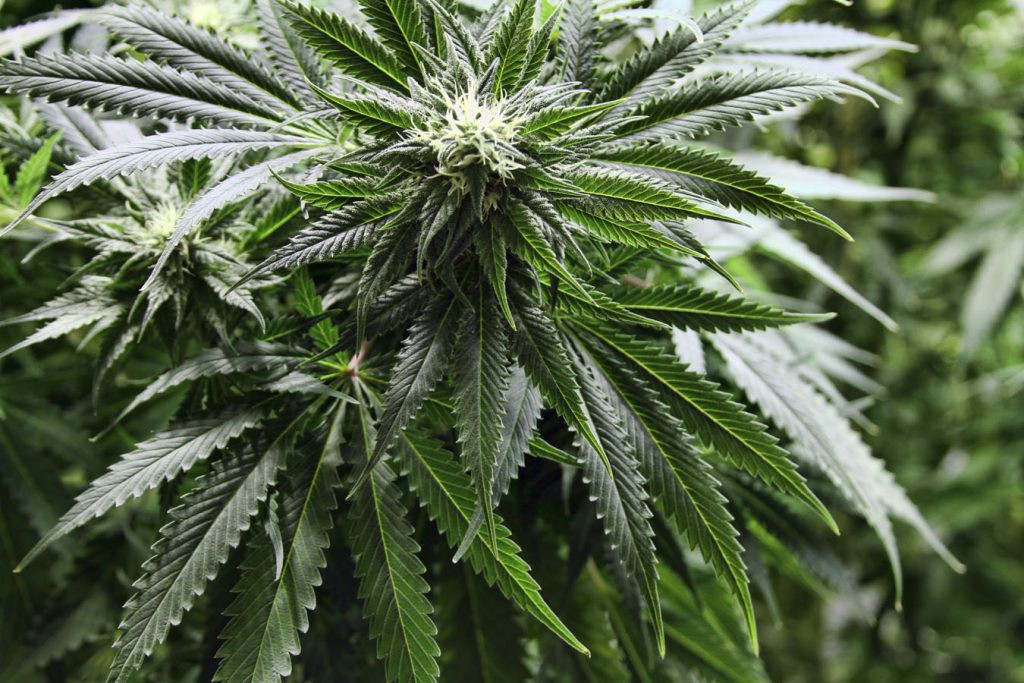 The plant type you use depends on your goal. If you want to have a high CBD extract with no THC, you have to use hemp or CBD-rich cannabis strains with low THC content. It is very important to use only organically grown cannabis for extraction to avoid pesticides, chemical fertilizer or any other chemicals, that could be present in dense quantities within the final product. If you don’t grow the cannabis or make the extracts yourself, be very careful about the growing and extraction method the producer used. The goal of extraction is to reduce the cannabis plant in rich extract full of the active compounds, not to have an extract full of chemicals, which could be potentially harmful.

During extraction, the resin is removed from the plant matter. People make the extraction to get as many cannabinoids, terpenes, and flavonoids as possible. They provide the final effect, taste, and smell of the concentrate. On the other hand, we don’t want to extract waxes, fatty acids, and chlorophyll since they are dangerous for consumption or make the extracts taste bad. There are many methods to make extracts which can be confusing for the consumer. Cannabis extracts are becoming more and more popular in the industry, so it’s important to know what exactly you are getting.

There are two main groups of cannabis extracts. Solventless extracts, which are produced with no foreign substances, except water (which technically is a solvent), however, these extracts are not considered as “solvent-based”. The most frequently used solvents are alcohol, butane, and propane. CO2 is not a solvent, even though methods using CO2 are considered solvent based too.

As the name says it itself, when you produce solventless cannabis extract you don’t use any chemical solvent. All you need is water, heat, pressure and a sieve. 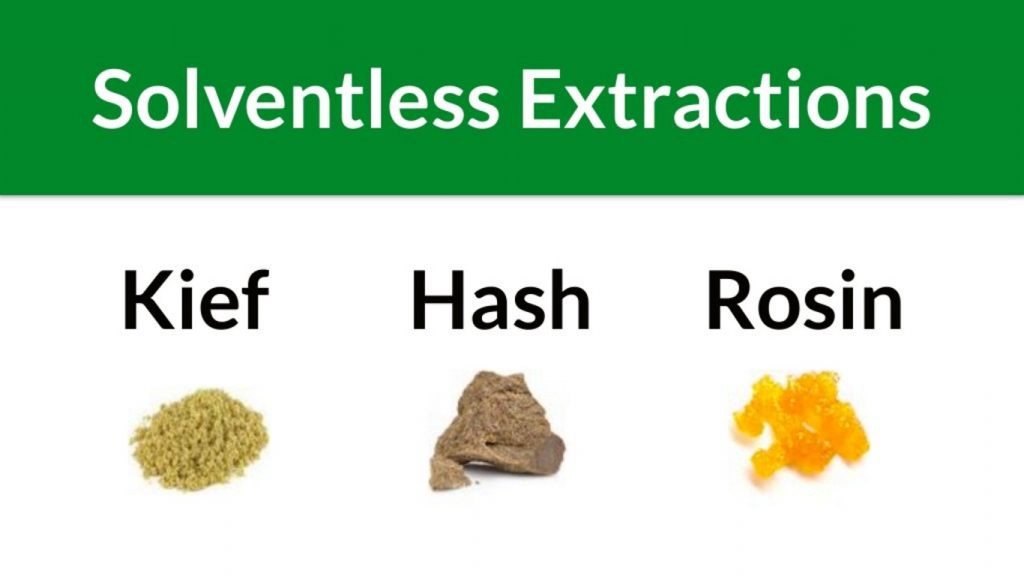 Hash is one of the oldest cannabis extracts known to humans. You can make hash using several different techniques. The most common process to make solventless hash is to use ice water to separate the trichomes from the plant matter since the trichomes contain most of the essential oils. When separated, they stick together and after they dry, they are pressed and the hash is ready!

Another method of making hash is the dry sift method. People prepare it using frozen buds, which are further broken down into small parts on the screen. Using this process, the trichomes are separated from the plant, falling through the sieve and are pressed into a hash-like consistency.The most potent hash is made using solvents, which we’ll talk about a bit later. 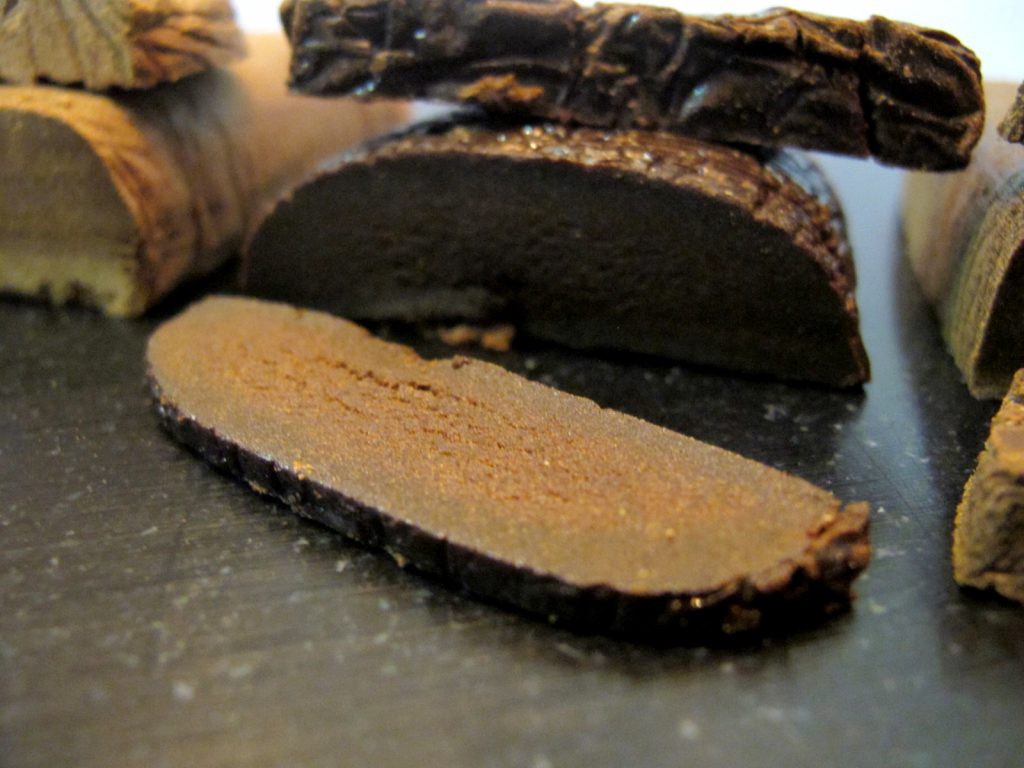 Kief refers to the tiny, sticky, white crystals covering the cannabis flower, otherwise known as the resin glands/trichomes. They contain the largest amount of the active terpenes and cannabinoids. The purpose of trichomes is actually to deter predators in the wild. Extraction of kief is a very simple process; A three chamber grinder does all the work by separating the kief from the plant into the bottom chamber. 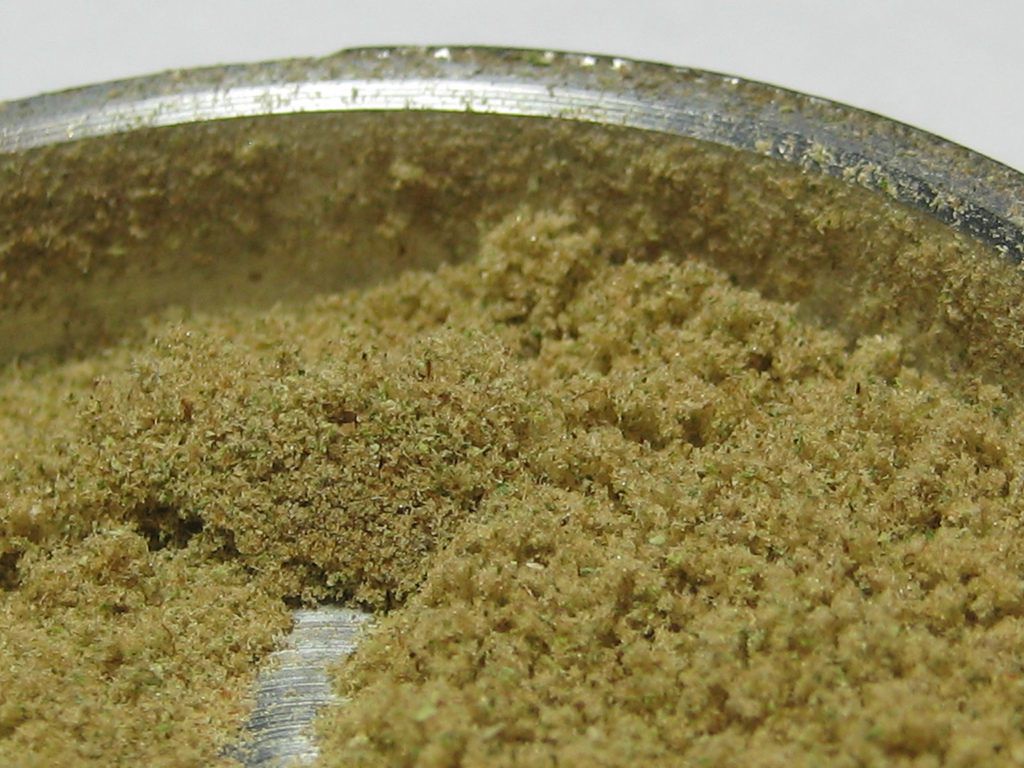 Rosin has become very popular recently. It looks almost like a shatter, which you need to make using solvents (see below), but rosin is easier to produce since all you need is heat and pressure. Together they make the juice run out of the bud, hash and/or kief. The extract is juicy and translucent. If made properly, it keeps all the aromatic terpenes, and the potency can rise up to 70 % of THC.

With the rising demand for cannabis products, technologies used for extracts are becoming more and more sophisticated. Legalization has opened the door to many innovative ideas and methods to make different concentrates, and producers are always finding new solvents to get the very best from cannabis. However, it starts to become a little riskier to make and use extracts when one doesn’t have the necessary information. Firstly, the chemicals can explode. Secondly, the residual solvent can appear in the final cannabis extract, which is not desirable and can be dangerous to consume. So in case you buy these extracts, you should ask for certificates of quality. 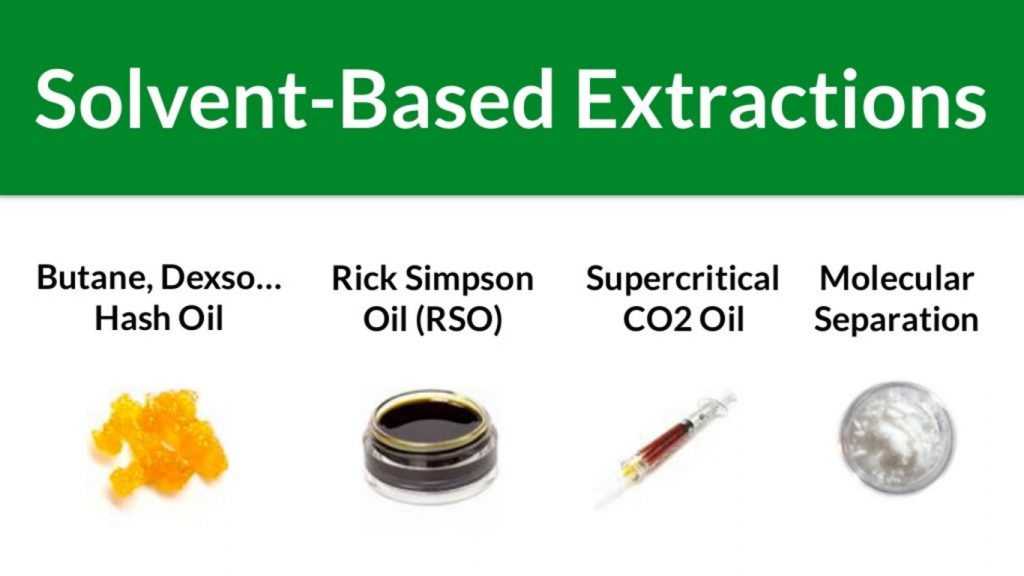 The title speaks for itself, BHO is made using butane. Different hydrocarbons (propane, butane, hexane, etc.) have been used since the 1970s for food extractions (e.g. canola and corn oil). The final product can have a different consistency which is responsible for the name of the extract for example; wax, shatter, honeycomb, oil, nectar, etc.

The solvent is run through the plant matter, which makes the desirable oils come out of the plant. To remove the residual solvent, the solution is heated (butane evaporates in low temperatures) in a vacuum. Then we are sure that there is no solvent left and the cannabis extract is very potent! Thanks to using hydrocarbons, we can have up to 90% of the cannabinoids in the extracts. 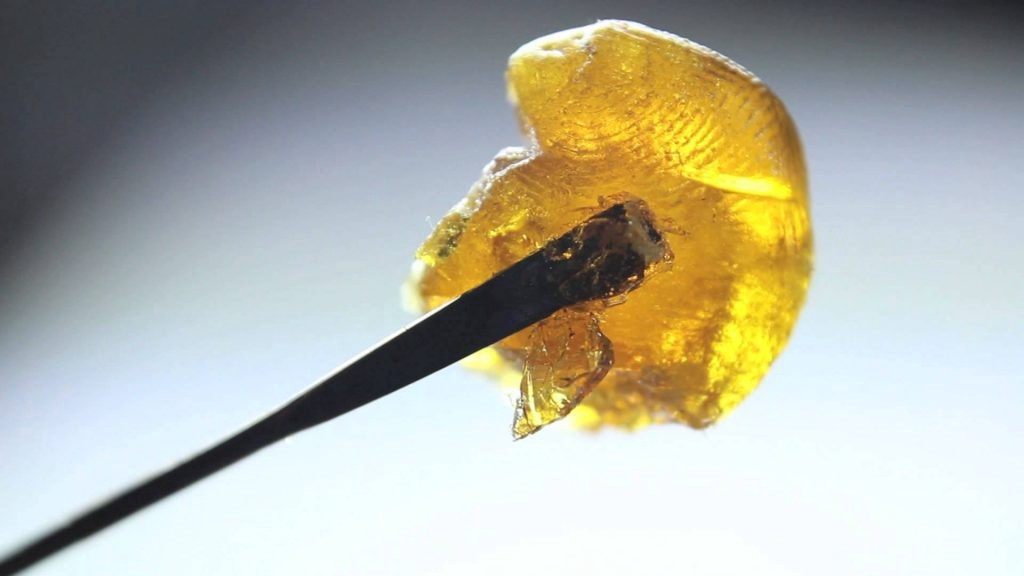 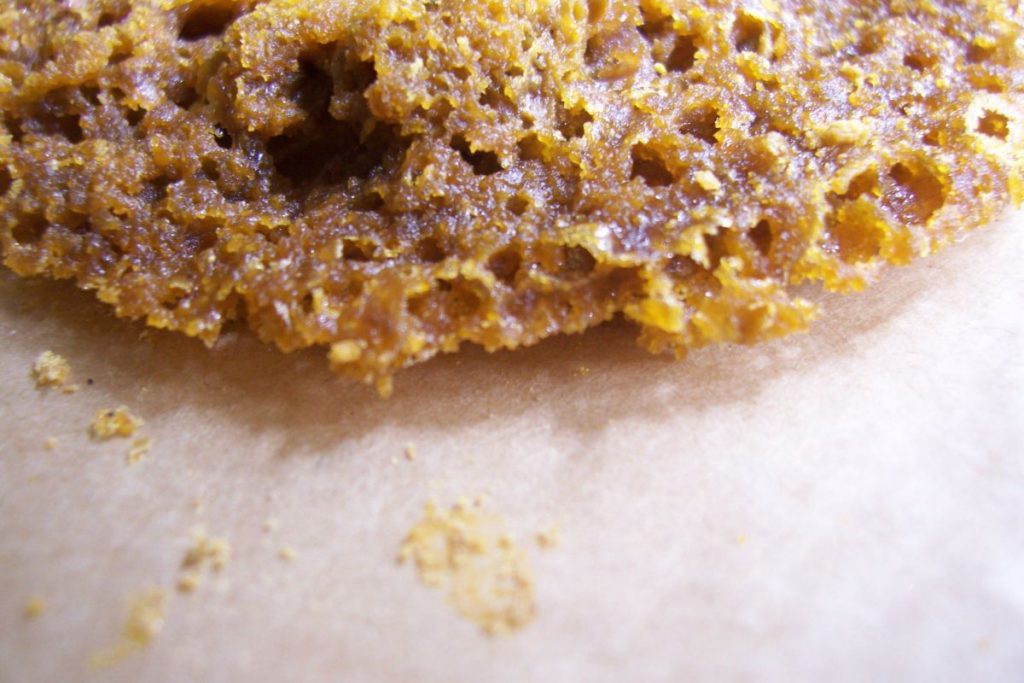 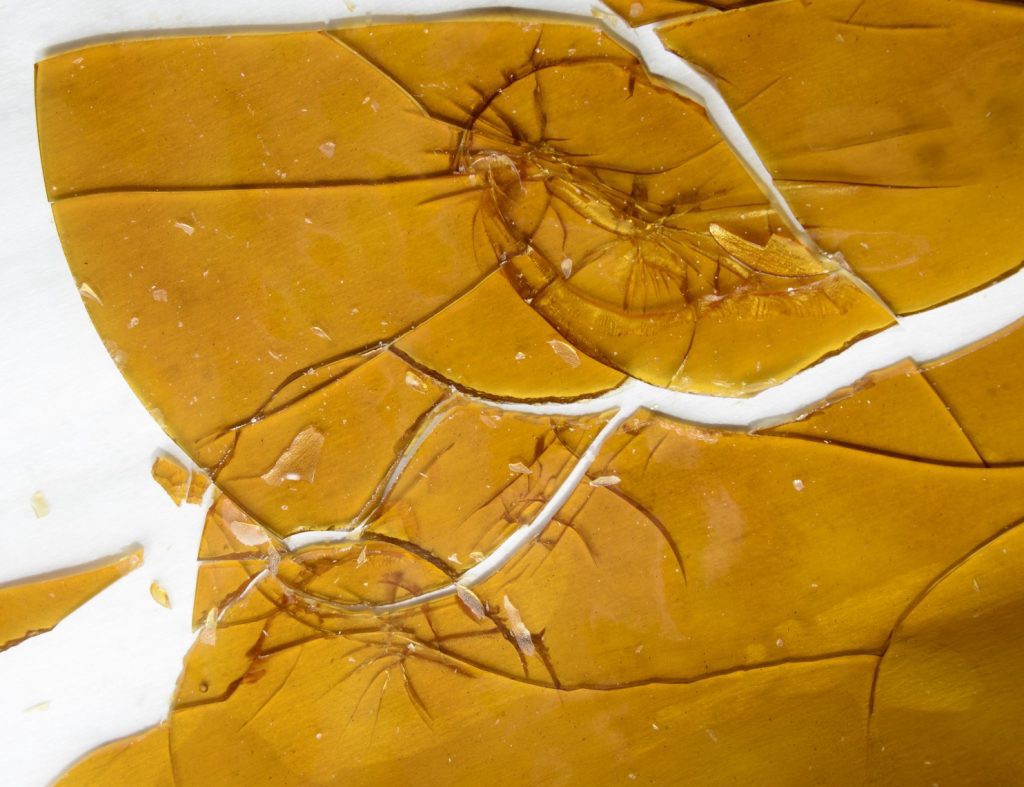 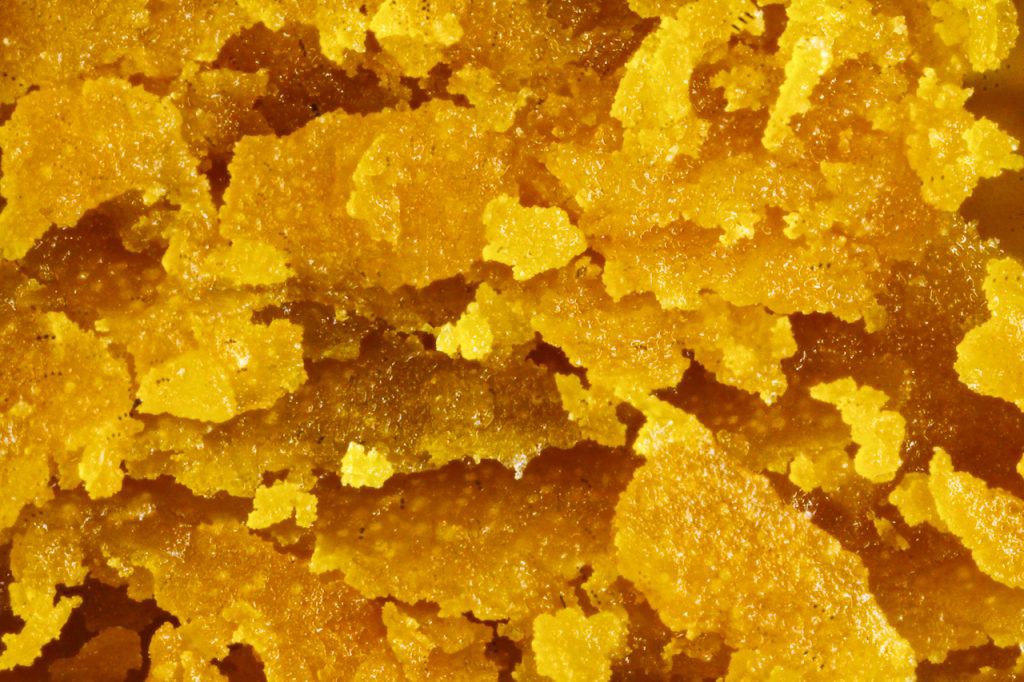 RSO is also known as Phoenix Tears. Rick Simpson came up with the production method himself. To make the extract using this method, you need to soak the whole plant in pure naphtha or isopropyl alcohol, which draws out the cannabinoids. After the solvent evaporates, the final extract is like a tar. People usually administer RSO orally or apply it to the skin. 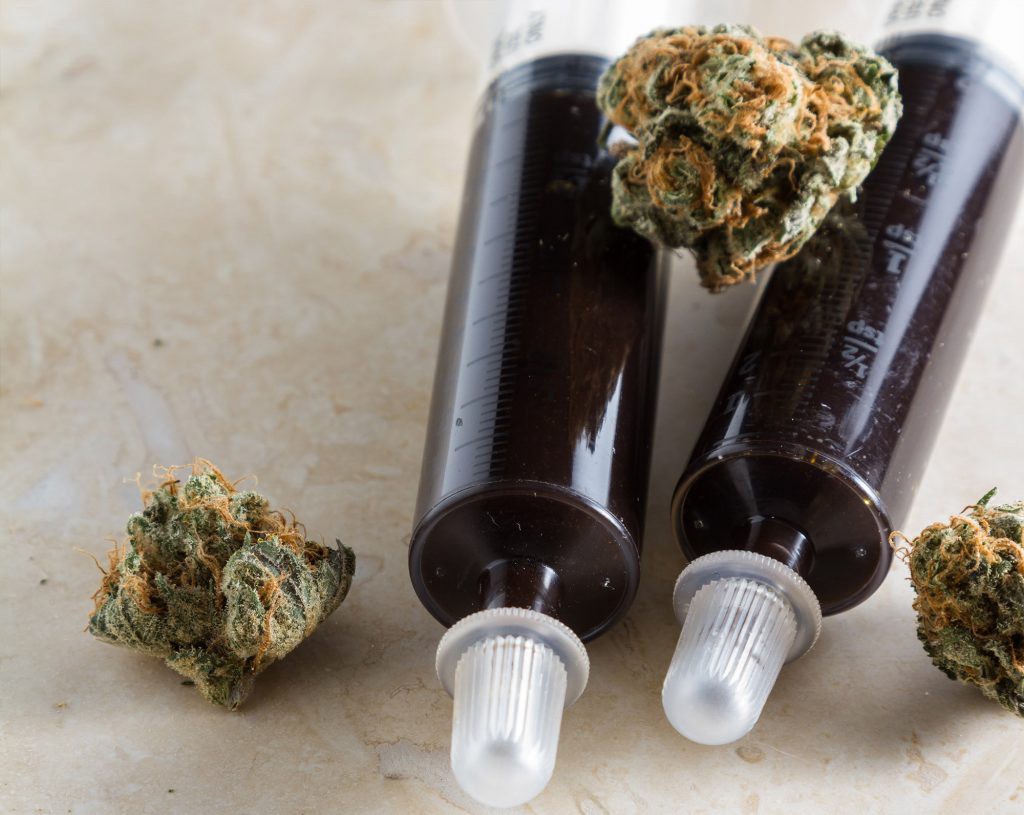 This process doesn’t require any chemical solvents which is also the reason why some people prefer it. The extracts are made using carbon dioxide, which is compressed until it creates supercritical fluid. This oil then strips the essential oils from the cannabis plant in a similar way to the hydrocarbons (BHO, propane, hexane). This method is unique in a way because it uses the supercritical fluid which has the properties of liquid and gas. It enables it to dissolve the plant matter very thoroughly. In comparison to BHO, the CO2 method is easier to control and the cannabis extract contains more terpenes (up to 10 % compared to BHO which has 0.5–3.5 %). This method requires very expensive equipment which is normally found in professional laboratories.

The extract is great for vaping in any kind of vaporizer, for example in vape pens like the Kanavape! 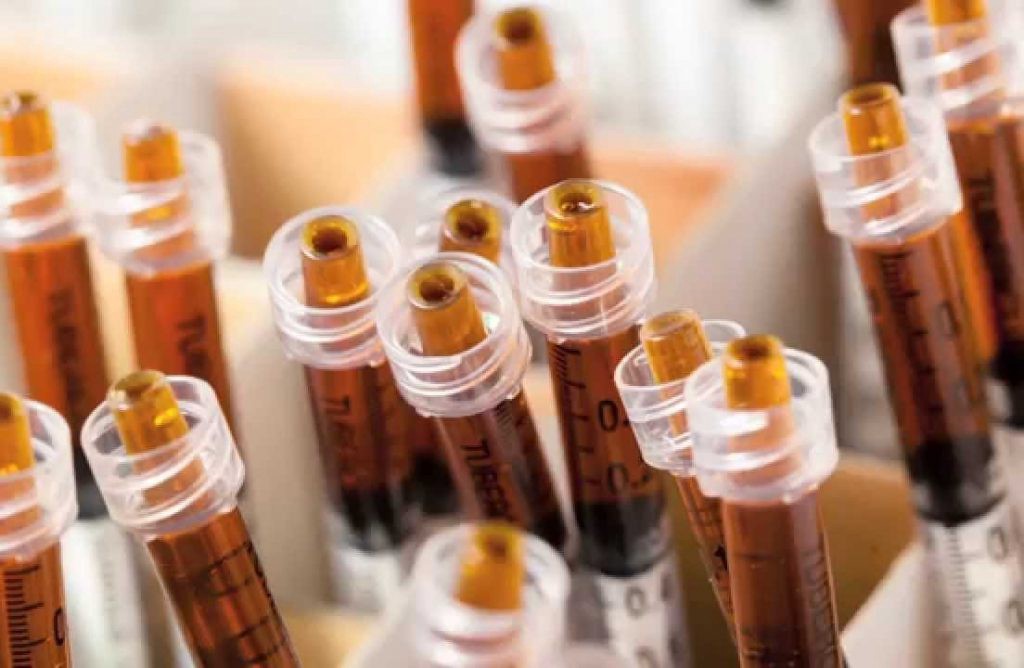 You may have heard of high vacuum and short path distillation. These are just different names for molecular separation. This method enables you to separate the cannabinoids and terpenes from the plant and treat the molecules with minimal thermal degradation. It is because the whole process is performed in vacuum levels below 0.01 mm Hg. It allows the distillation of high boiling point products at moderate temperatures which is beneficial because the plant isn’t exposed to high temperatures for a long time. This means that there is minimal thermal degradation of the desired compounds. 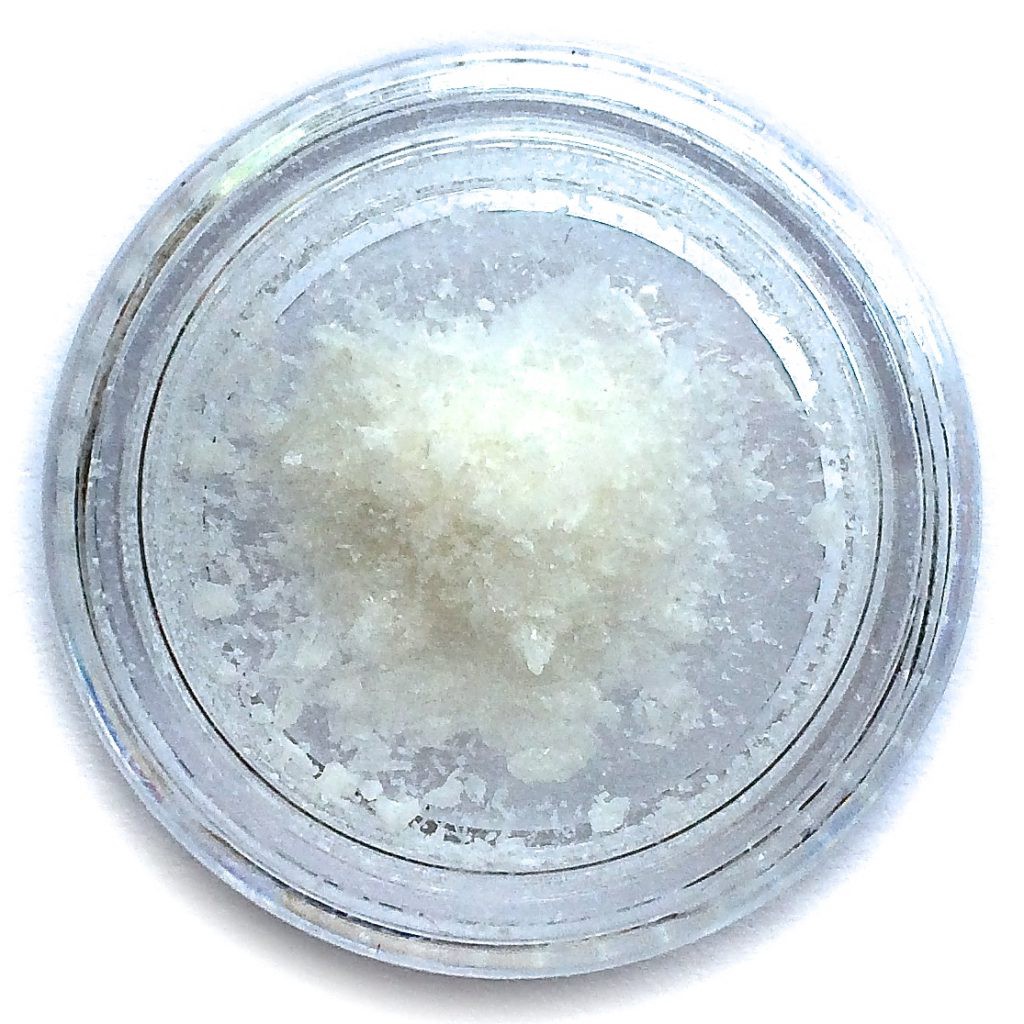 Tinctures are liquid concentrates made using alcohol extraction. Alcohol pulls out the cannabinoids and terpenes. It doesn’t require the use of heat, so it is not as dangerous as the BHO method. There is one more advantage; the tinctures can have added flavours. It is a great solution for people who don’t like the cannabis taste. 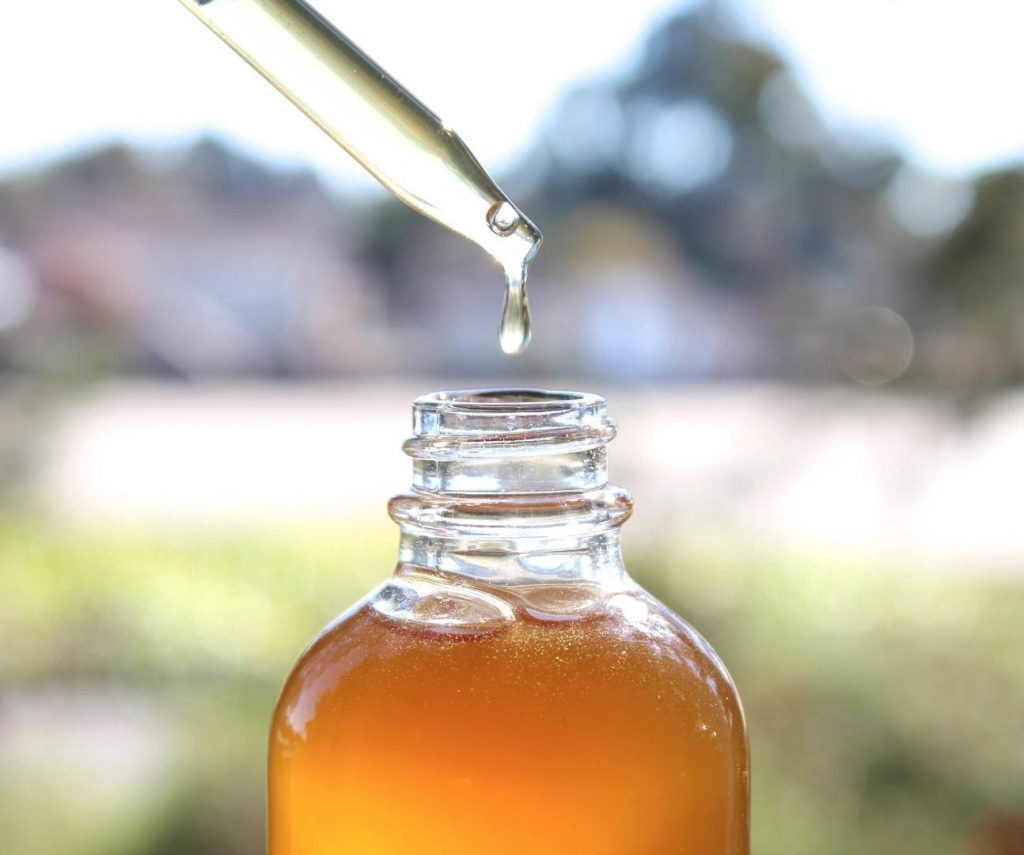 The live resin is one of the newest type of extract. People make it from freshly harvested cannabis plants, which are frozen immediately after harvest. This method, although still based on butane extraction, is unique because it completely reduces the “waiting time”. When you make the extracts we mentioned above, you need to dry and cure the plants prior to extraction. It can take up to 70 days. Furthermore, the terpenes are better preserved compared to using other methods. So far, this method is very rare and costly. 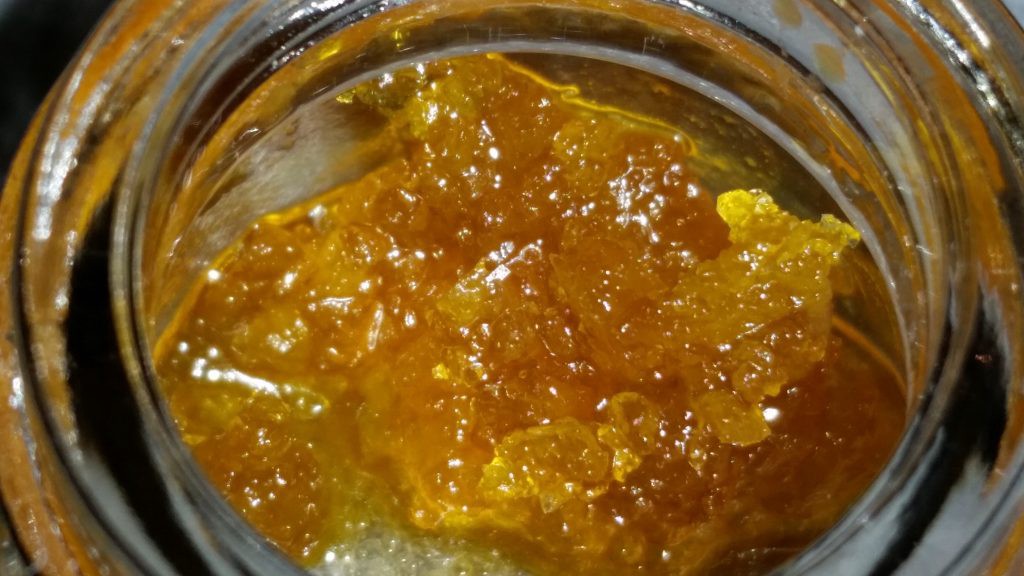 Different extracts offer different deliverability methods, which influence the final effect of the extract. It is great to have such a variety of cannabis products. You can choose according to your preferences.

Is your endocannabinoid system in balance?