Summer Vacations
10 – 17 of August
Our headquarters will remain closed from 10 to 17 of August. All online orders will be shipped on Thursday August 18! Our Retail stores remain open in specific hours! Wishing some great vacations!
Welcome to Hempoil®
The First official CBD store in Greece
The content of this website is intended for adults only. If you are over 18 years old please confirm.
You have to be over 18 years old in order to use this website
COOKIES POLICY
Our site uses cookies so that we can provide you with better services. By continuing browsing, you agree to the Terms of Use.
Hello,
you are being served by:
Greece / English
Change shipping country or language
Select your shipping
country and language
+30 211 4010 715
FREE SHIPPING FROM €29 FOR ALL GREECE
OFFERS B2B
Summer Offer 20%
Coupon: VACAY

At the moment two endocannabinoid receptors are known, denominated CB1 (identified for the first time in 1990) and CB2 (discovered three years later, in 1993). Both receptors are present in various parts of the body, from the brain to the kidneys and the liver. The reason for scientific interest in exploring the mechanisms of action of CBD lies in the fact that, year after year, increasing evidence emerged regarding the potential benefits of this active principle of hemp.

The role of cannabis on our metabolism represents one of the topics on which scientific research started to investigate in relatively recent times. Even more recent are some publications trying to review the role of CBD on metabolism and on its possible positive effects in reducing adipose tissue.

The role of the endocannabinoid system in metabolism

In March, 2018 “Cannabinoid Receptors and the Endocannabinoid System: Signalling and Function in the Central Nervous System” was published , the review of studies done up to that moment and conducted on the relationship between the active principles of cannabis and our endocannabinoid system. The review was published in the magazine International Journal of Molecular Science and was coordinated by Shenglong Zou and Ujendra Kumar, from the department of pharmacology of the University of British Columbia in Vancouver.

The authors emphasised that the biological effects of cannabinoids, the main active principles of the Cannabis sativa plant, are transported by the two cannabinoid receptors CB1 and CB2. The effects of CBD on the two receptors drew much attention due to its therapeutic potential in various medical fields. According to the authors cannabidiol (CBD) has demonstrated a wide range of promising pharmacological effects from the therapeutic point of view, both taken individually and in combination with other medical drugs indicated for a therapy. Despite this, the actual mechanisms of action of CBD still have to be investigated thoroughly.

For the moment it is known that the two cannabinoids CB1 and CB2 are both activated by endogenous compounds (endocannabinoids) and that they take part in many physio-pathological processes (like the regulation of pain perception, or those involving the cardiovascular system, the gastrointestinal tract and the liver functions). The endocannabinoid system regulates, amongst others, our energy balance and metabolism. Our endocannabinoid system also includes metabolic enzymes and is involved in nutrient transport and in energy regulation. Two cannabinoids (anandamide and 2-AG 2-arachidonoilglycerol) act on the two receptors CB1 and CB2 which, when stimulated by CBD, contribute mainly to the absorption of food and its nutritional substances. 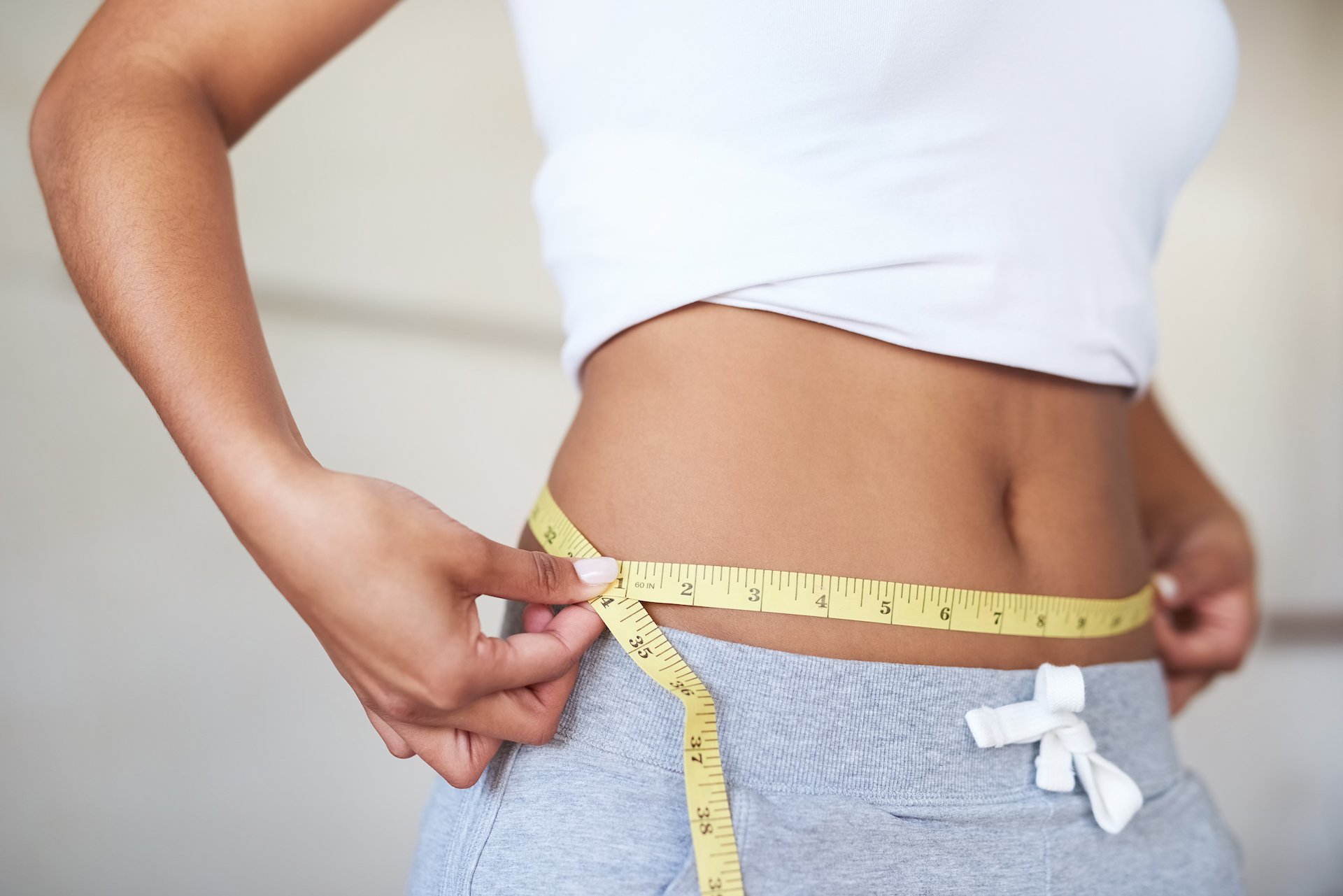 The relationship between cannabis, nutrition and stimulation or reduction of appetite is widely discussed and still no univocal conclusion has been reached. If, on the one hand, it is known that the active principle THC can stimulate appetite – phenomenon which in jargon is called “chemical hunger” – there is no consistent scientific evidence that THC is directly connected to body weight gain, on the contrary. In 2011 a study conducted by Yan Le Strat, psychiatrist of the University of Paris, demonstrated how, paradoxically, amongst habitual consumers of cannabis a reduced incidence of obesity exist.

The author presented a plain fact, obtained by using two representative epidemiological studies of the population of the United States of America in the age of majority: the National Epidemiologic Survey on Alcohol and Related Conditions (NESARC – 2001-2002) and the National Comorbidity Survey-Replication (NCS-R; 2001-2003). Cannabis use, according to the samples, might be associated to a lesser incidence of body mass. However, he clarified immediately, these are results which should be investigated further in order to understand if the correlation actually exist or if this depends on the interaction between other variables.

When we talk about the effects of THC in stimulating a sense of appetite, the study conducted by researchers of the Yale University published in Nature, should be taken into account, which explains the physiological bases of this typical “sense of hunger” caused by cannabis. The researchers analysed the neurons getting activated in the circuit of the CB1 receptors, the well-known cells of the endocannabinoid system, and the pro-opiomelanocortin neurons (POMC) transmitting and making us feel a sense of satiety. The study, conducted on mice, the neurons involved in the study were stimulated. The researcher wanted to verify whether, when activating the CB1 receptors in mice with a full stomach, a reduced activity of the POMC neurons would be the consequence and, as a consequence, they would get hungry.

The researchers noted that the Pomc neurons did not diminish their activity but, on the contrary, increased it: despite the activation of the mechanism, transmitting the sense of satiety, the mice ate anyway. At this point the researchers wanted to investigate further and discovered that, normally, Pomc neurons release a hormone (α-Melanocyte-stimulating hormone) which provokes a sense of satiety, as well as beta-endorphin, a substance conferring a sense of wellbeing. 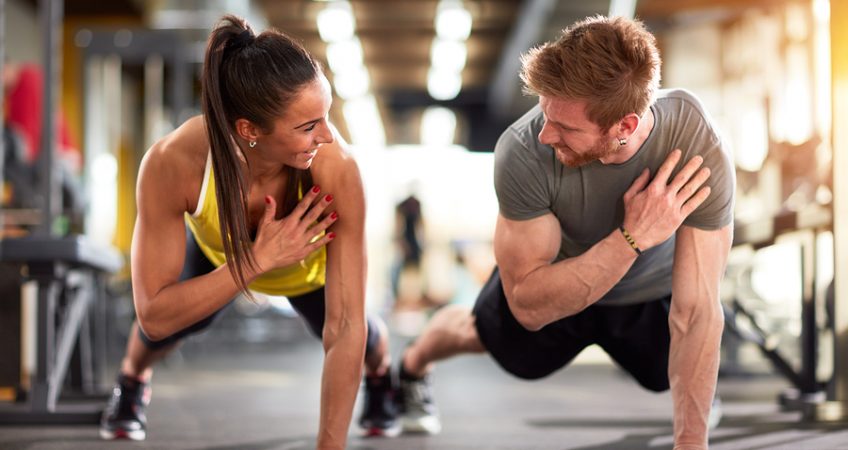 In the event that Pomc neurons are activated by the active principles of the cannabis plant, these are able to release only beta-endorphin. The neurons, essentially, do not release the hormone anymore, which communicate us that it is time to stop eating as we now reached satiety. It is a fact that, today, uncertainty is dominating and the reply to the question “ does cannabis make us gain weight?” still hasn’t found a definitive answer.
What is certain is that, to give an idea of the current situation, researchers of the University of Montreal in  a publication on the pages of Pharmacology Biochemistry, clearly stated that cannabis can cause both weight gain and weight loss, taking factors into account regarding the peculiarity of both the consumer and of his physical state, and which type of use is made of it.
Essentially, also cannabis containing THC can stimulate a temporary sensation of appetite, there is no sufficient data available to demonstrate whether or not we are talking about extemporary episodes which should not be associated directly to body weight gain over the long term.

Let’s start with a necessary premise. No “magic wands” exist to lose weight in a short period of time and without any effort, and no product or specific substance – in this case CBD – should be raised to the position of an immediate remedy for possible excess pounds. A healthy diet, possibly defined together with one’s dietician, and regular physical activity are the ingredients for an effective and healthy way of losing weight. Recently, however, net of the properties of the cannabinoids present in Cannabis sativa, the scientific community moved its first steps to verify possible therapeutic effects of cannabis deriving from its action on the human metabolism.

One of the first studies indicating the possible role of CBD in the reduction of body fat, goes back to not so many years ago, to 2016, and was conducted by a team of Korean researchers. The study, published in Molecular and Cellular Biochemistry, describes how cannabidiol (CBD) is capable of acting in three different ways on the fat cells called preadipocytes. According to the study, CBD would be able to increase the ability to burn calories, would help to break down fats and would diminish the mechanisms with which new fat cells are created inside our organism.

Based on these observations, the researchers concluded that this set of mechanisms should be studied more profoundly, for a possible application in the therapeutic field of cannabis as a treatment of obesity. In addition, cannabidiol (CBD) unlike THC, does not have an action on those mechanisms at the basis of a sudden and unmotivated sensation of appetite. In other words: CBD does not provoke chemical hunger.

Conclusions: the properties of Cannabidiol on our organism

Scientific research is demonstrating the important properties of cannabidiol on our organism more and more each day. CBD is considered safe, free of substantial side effects and promising in various fields also by the World Health Organisation.

Amongst the various fields of research on the effects of cannabidiol, one of the most recent is, in fact, the one investigating the possible action of support to calorie consumption. There is nothing definitive yet and research is proceeding. While waiting to understand if CBD can really be an actual aid in a balanced diet, we can safely use a CBD oil extracted from the hemp plant also as an ingredient for our recipes, and maybe as part of a personal balanced diet program as well.

Need help? Write to us at info@hempoilshop.gr or reach us at our social media channels on:

CBD Oil – An innovative solution for pain in athletes